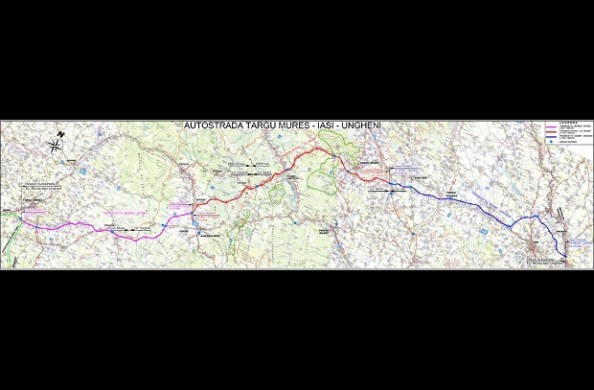 At present the connection between Moldova and Transilvania is made by DN 15B – DN 15 and DN 15 – DN 12C – DN 13B which are overcrowded, with congested traffic.
In this context, the autoroute Ungheni – Iaşi – Târgu Mureş becomes an attractive alternative for the international transit traffic between the pan-European corridors IV and IX.
At the same time, this autoroute will be part of the connection Budapest – Târgu Mureș – Iași – Ungheni – Chișinău – Odessa.

The main issue resides in the lack of a connection west-east in the centre of the Eastern Europe, leading to the geographical isolation of the Northern and Eastern Romania, the Republic of Moldova and the South of Ukraine.
This should be an alarm signal on the fact that the difference between the east of Romania (the region with the most social and economic problems) and the rest of the regions will increase as a result of infrastructural isolation, creating an imbalance at national level.